Towards the late 1980s within Aravind, two classes of treatment was emerging for those needing cataract surgery. The affluent paid for and got the then modern cataract surgery with an IOL implant resulting in a superior visual outcome.While the not so affluent and poor settled for the traditional method of having the lens extracted and having to use a high powered thick glasses just to be able to see and perform routine work with difficulty. This trend seriously undermined one of the Aravind's value of ensuring equity in care.

Aravind's financial resources did not allow implanting a lens which then cost around $ 100, in two thirds of the cataract patients who were receiving free surgery. This inequity is what gave a raise to a bold vision of asking why we can't produce this Intra Ocular Lens ourselves. Soon several supporters joined to make it a reality.

Seva Foundation gave substantial support for the start-up phase. It also gave the services of Mr. David Green who played a major role in the initial establishment of Aurolab and in some of the subsequent technologies in the manufacture of IOL and sutures. He found the Technology Partners, IOL International, USA, Lenstec, USA and Spingler Technologies, Germany, who appreciated the vision and were willing to share the technology at terms that we could afford.

Sightsavers supported the expansion of capacity which happened immediately and along with CBM continue to support Aurolab through bulk orders for their partners. Aurolab also received generous support from Seva service society, Canada and CIDA, Canada. Aurolab is deeply indented to this band of co-visionaries in not only making Aurolab a reality but its continuing success. 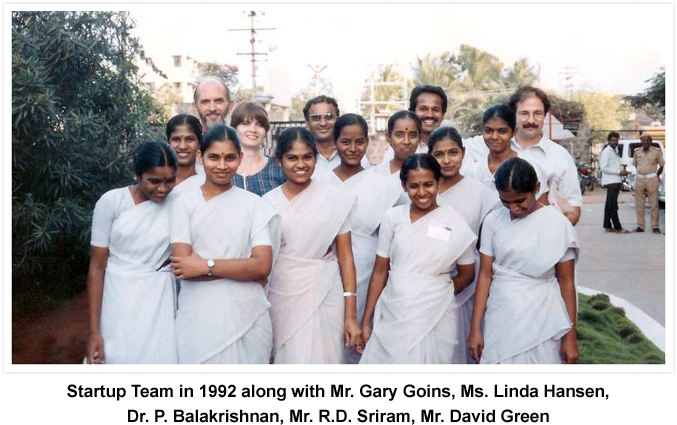