Only 1% of the world's fresh water is available for human consumption. Aurolab has understood the significance of preserving this rare commodity of life for betterment of future. It becomes imperative that we rely on methods to have renewable sources which would minimize the usage of the existing non renewable sources which are set to decline in the years to come. 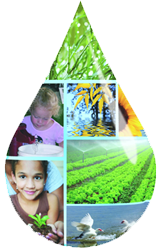 As a step towards reducing the reliance of fresh water and the impact on environment, Aurolab has implemented a Waste Water Management system.

About 50,000 litres of waste water per day from our premises is treated by the DEWATS (decentralized wastewater treatment) system implemented here. DEWATS applications are designed and dimensioned in such a way that treated water from this system meets requirements stipulated in environmental laws and regulations. About 10,000 litres of waste water from Aurolab’s operations is treated by ETP (effluent treatment plant). The treated water is reused for lawn, garden maintenance and also for irrigating agricultural fields. By implementing these systems fresh water usage is reduced which helps to maintain the ground water level. 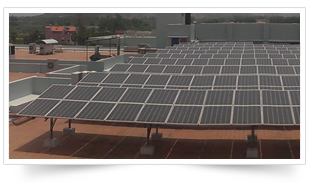 Industries, both large and small, are leaving huge pile of carbon footprints across the globe. Any steps they can take to reduce those footprints are considered both good for the company and society as a whole. Keeping this in mind, In April 2013 Aurolab contracted with EMMVEE photovoltaic power private limited and installed 100kW solar system in 15000 sq.ft area on its roof top which generates about 500 units of power per day. This was installed as a pilot project to further solar power installation to meet out the maximum possible requirement.

Aurolab also installed a Solivia Monitor system to measure its performance. Installation of this solar system has reduced our dependence on diesel generators significantly, which in turn has reduced the carbon foot print of Aurolab.